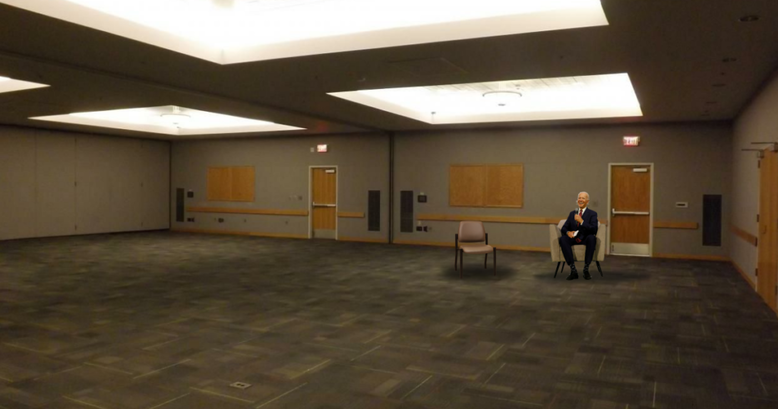 ​On November 7th, many mainstream news outlets declared Joe Biden as the victor of the 2020 Presidential Race. Soon after his victory, Rotten Appal was able to secure an exclusive interview with president-elect Biden.

Thank you so much for agreeing to speak with us, Vice President Biden, and congratulations on achieving president elect! I have a bunch of questions so let’s just knock them out pretty quick. I have to ask, how did it feel when the tides began to turn in Pennsylvania and Georgia?

Sir, we only have so much time-

Now cool your caboose, Jack. I wasn’t finished. Don’t make me come over there and beat you in a push up contest. You’ll lose. That’s how we decided the presidency back then, push up contests. Actually, the Civil War was fought because Lincoln and Davis tied in their push up contest and split the country because they wouldn’t agree to a tie breaker. The tie breaker was a best-of-four rock paper scissors match. I played a lot of rock paper scissors back in the day, but I only played rock. I didn’t know how to make the other two signs with my hands. When I was a kid, we used actual rocks, papers, and scissors to play, but we banned that because too many kids were stabbing each other with scissors. And that’s what I want to do to America. I want to stab the economy with the scissors of trade. I will go to Wall Street with scissors myself if that’s what it takes. You know I went to the building in Wall Street where everyone is wearing jackets and I got really embarrassed, I thought I should have been wearing a jacket, too. So I went back with the Carhart jackets, you know the ones I used to make to torture liars, and let me tell you I fit right in. Now let me tell you a few more things about liars,

We left after a few more minutes of Biden speaking, and learned after that he continued to talk to himself for another four hours before finally succumbing to being old as shit. Congratulations, newly elected President Kamala Harris!