Legacy Article: Halftime Performance of A Streetcar Named Desire Was The Clear Highlight of Thursday’s Game 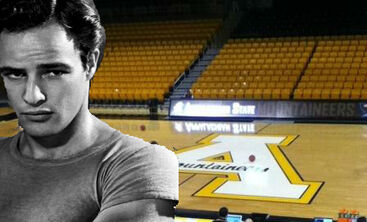 BOONE – Attendees agree that the surprise halftime performance of the Tennessee Williams classic A Streetcar Named Desire in its entirety by App State’s drama club was, without a doubt, the best part of Thursday’s basketball game against Western Carolina. Students watching were rather shocked and confused when the play began, but by the end of the act two every single person in the audience was applauding the drama club’s own Heather Hayford for her stunning performance as Stella Kowalski.

“It was simply magical,” said one of the audience members.  “Towards the ending, they really drew me in.  I almost forgot I was at a basketball game and that thisplay had been going on for over two hours.”  “As soon as the game ended, I just had to put in a personal request for those guys to perform The Glass Menagerie sometime next season,” App’s Coach Capel added.

Students interviewed afterward said that they strongly believe this show was a step in the right direction for halftime performances, especially in comparison to last week’s rather mediocre rendition of Beethoven’s Fifth by App State’s marching band.  As a return favor to the drama club for their great work, the basketball team plans on scrimmaging UNC Asheville during the intermission of next weekend’s performance of Cat on a Hot Tin Roof.
This article was originally written by previous Rotten Appal editor, Harper Turek, and is being shared once again in light of his recent passing, as well as to honor his legacy, humor, and contribution to our organization.