Sheri Everts Reveals the Location of the Clitoris 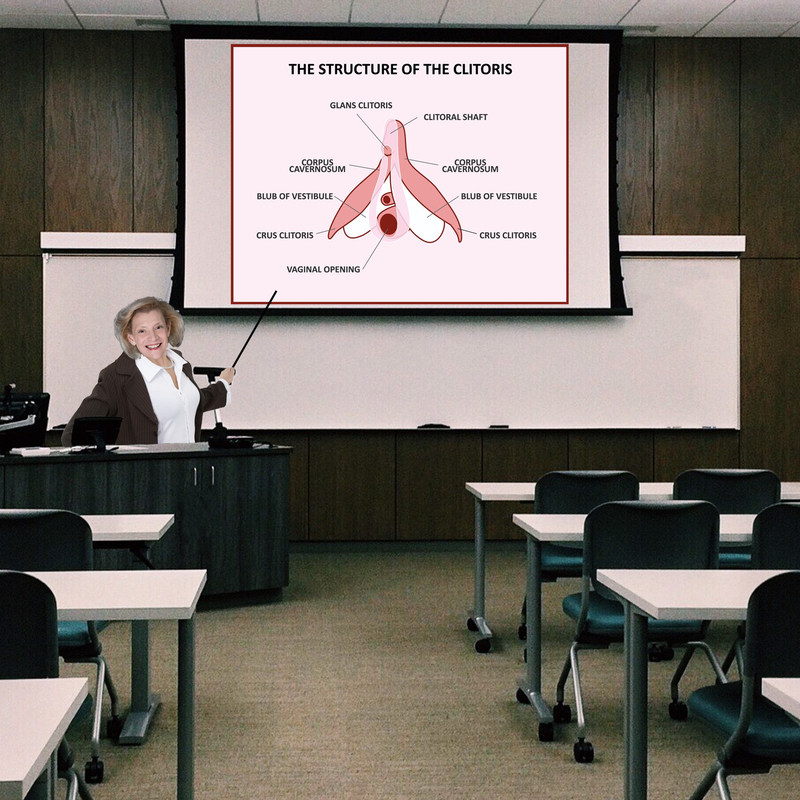 ​BOONE, N.C. – The wait is finally over, dear listeners. The location of the clitoris, a.k.a. the happy button, a.k.a. the skittle, a.k.a. the devil’s doorbell, a.k.a. the boy in the boat has been found.
Thanks to Chancellor Sheri Everts’ most recent Friday news blast email, Appalachian State students around the town are rejoicing that what some are calling the Eighth Wonder of the World is no longer a secret withheld by the wealthy elite.
In a semi-exclusive interview with The Rotten Appal and Quidditch Club, Chancellor Everts spoke of her decision to let the world know what only a select few did:
“Honestly it just felt like it was time. I’ve been having hot, raw, steamy, mind-melting sex with multiple ‘Big O’s’ for decades now and I just figured that it would be beneficial to our students to let them in on the fun.”
Chancellor Everts also mentioned that she is the keeper of several other juicy secrets, such as where faculty and staff raises went and what the fox says.
Chancellor Evert’s approval ratings have skyrocketed in the hours since she dropped the bombshell. Students have taken to Sanford Mall in celebration of both Everts and their newfound sexual liberation.
“I can’t believe I thought the clitoris was an actual boy in a boat.” John Succemtose, a sophomore at AppState, said. “All this time I’ve been rubbing the flappy part of my girlfriend’s coochie hoping he would come out and say something.”
Other students were seen sitting and under blankets on Sanford Mall despite the temperatures steadily increasing with the onset of Spring. Students claimed they were simply fidgeting and shaking under their blankets because of how hot the blankets made them. The claims remain to be verified.
At least five students have posted on social media claiming they will name their first-born Sheri out of respect for Chancellor Evert’s bravery in coming forward with the truth.
A parade in Chancellor Everts' honor is scheduled for next week on King Street. Expect food, fun, games, and a lot of blankets.