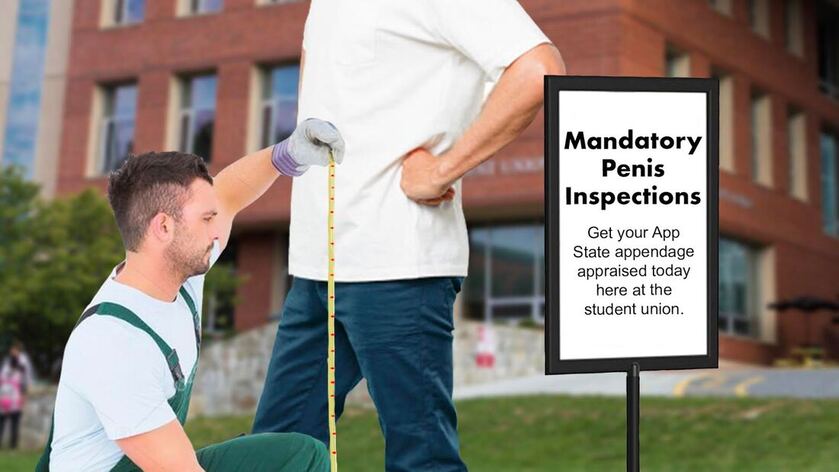 BOONE, N.C. -  In a move that has received widespread criticism from the Appalachian community, University Health Services has announced their intention to spend their entire budget on inspecting the penises of all students who have one on April 20th during a Zoom press conference this week.

“We here at Student Health Services think it's important to ensure that all penises on Appalachian’s campus are in compliance with all applicable regulations,” said Health Director Emily O’Toole.  “To this end, we have decided this mission is of such vital importance that we will spend our entire budget on doing an appraisal of Appalachian appendages this year.”

The decision has been met with skepticism by students.

“I, for one, think it’s unconscionable that the University has decided to do this,” said Jared Smallwood, a “prominent” “mens’ rights activist” in Boone.  “Like, sure, there’s that whole ‘pandemic’ thing happening, but what’s really fucked up about this is that they aren’t inspecting vaginas. And even if they were, they aren’t letting me do it.”

However, not all reactions to the event have been negative.

At press time, instructions were issued for students to report to the 4th floor bathroom in Plemmons Student Union to have their manhood manhandled.